This information is taken from our book “Overcoming Body Image Problems”.

I hope this answers some of the most common questions about the nature of BDD and treatment. It may be useful for individuals with BDD, their partners, friends, and families and to anyone who is concerned about how BDD affect people and what can be done about it.

What is Body Dysmorphic Disorder?

Body Dysmorphic Disorder (BDD) is a body image problem. It is defined as a preoccupation with one or more perceived defects in one’s appearance which other people can hardly notice or do not believe to be important. In addition, the symptoms must also either cause significant distress or handicap.

The older term for BDD is “dysmorphophobia” which is sometimes still used. The media sometimes refer to BDD as “Imagined Ugliness Syndrome”. This isn’t particularly helpful as the ugliness is very real to the individual concerned. Some patients will acknowledge that they may be blowing things out of all proportion. Others are very firmly convinced about their defect that they do not believe a family member or friend. Whatever the degree of insight into their condition, sufferers have often been told that they look “normal” many times.

When does a concern with one’s appearance become BDD?

Many people are concerned to a greater or lesser degree with some aspect of their appearance but to obtain a diagnosis of BDD, the preoccupation must cause significant distress or handicap in at least one area of one’s life. For example, someone with BDD might avoid certain social and public situations to prevent themselves from feeling uncomfortable and worrying that people are rating them negatively. Alternatively a person may enter such situations but remain very self conscious. He or she may camouflage themselves excessively to hide their perceived defect by using heavy make up, brushing their hair in a particular way, changing their posture, or wearing heavy clothes. They may spend several hours a day thinking about their perceived defect and asking themselves questions that cannot be answered (for example, ”Why was I born this way?”, “If only my nose was straighter and smaller”) They may feel compelled to repeat frequently certain time consuming behaviours such as:

Which are the most common areas of the body involved in BDD?

Most people with BDD are preoccupied with some aspect of their face and many believe they have multiple defects. The most common complaints (in descending order) concern the nose, the hair, the skin, the eyes, the chin, the lips or the overall body build. People with BDD may complain of a lack of symmetry, or feel that something is too big or too small, or that it is out of proportion to the rest of the body. Any part of the body may be involved in BDD including the breasts or genitals.

How common is BDD?

It is not known what proportion of the population suffers from BDD, although it is recognized to be a hidden disorder as many people with BDD are too ashamed to reveal their main problem. Survey have put BDD at about 1-2% of the population. It is equally common in men and women.

When does BDD begin?

BDD usually develops in adolescence a time when people are generally most sensitive about their appearance. However many sufferers leave it for years before seeking help. When they do seek help through mental health professionals, they often present with other symptoms such as depression, social anxiety or obsessive compulsive disorder and do not reveal their real concerns.

How disabling is BDD?

It varies from slight to very severe. Many sufferers are single or divorced which suggests that they find it difficult to form relationships. It can make regular employment or family life impossible. Those who are in regular employment or who have family responsibilities would almost certainly find life more productive and satisfying if they did not have the symptoms. The partners of sufferers of BDD may also become involved and suffer greatly.

There has been very little research into BDD. In general terms, there are two different levels of explanation one biological and the other psychological. A biological explanation would emphasise that a person might have a genetic predisposition to the disorder which under certain stresses make it more likely for them to develop BDD. Certain stresses especially during adolescence such as teasing or abuse may precipitate the onset. A psychological explanation would emphasise a person’s low self esteem and the way they judge themselves almost exclusively by their body image. This may be like a ghost from the past when they were teased or rejected. They may fear being alone and isolated all their life or being worthless. Some may demand perfection in their appearance and an impossible ideal. Once the disorder has developed, then it is maintained by excessive self-focussed attention and ruminating, the avoidance behaviours, excessive checking, comparing and reassurance seeking.

What are the other symptoms of BDD?

Most people with BDD are usually demoralized and many are clinically depressed or have social phobia. Many similarities and overlaps have been noted between BDD and Obsessive Compulsive Disorder (OCD) such as intrusive thoughts and frequent checking. Many BDD patients have also suffered from OCD at some time in their life.

Are people with BDD vain?

No! People with BDD believe themselves to be ugly or defective. They tend to be very secretive and reluctant to seek help because they are afraid that others will think them vain or narcissistic.

How is the illness likely to progress?

Many individuals with BDD have repeatedly sought treatment from dermatologists or cosmetic surgeons with little satisfaction before finally accepting psychiatric or psychological help. Treatment can improve the outcome of the illness for most people. Others may function reasonably well for a time and then relapse. Others may remain chronically ill. Research on outcome without therapy is not known but it is thought the symptoms persist for many years.

What treatments are available?

There has been very little research on the treatment of BDD. The NICE guidelines on BDD recommend two treatments: cognitive behaviour therapy and serotonergic anti-depressant medications. As yet, there have been no controlled trials to compare different treatments to determine which is the most effective or which treatment best suits which person.

Cognitive Behaviour Therapy is based on a structured programme of self-help so that a person can learn to change the way they think and act. A person’s attitude to their appearance is obviously crucial as we can all think of people who have a defect in their appearance such as a port wine stain on their face and yet are well adjusted because they believe that their appearance is just one aspect of themselves. During therapy individuals learn to view their image as a bad memory and to refocus their attention away from themselves. They learn to give up comparing their appearance and ruminating. They confront their fears without their camouflage and stop rituals such as checking and excessive grooming. The main side effects of the treatment are the anxiety that occurs in the short term. However facing up to the fear gets easier and easier and the anxiety gradually subsides.

The second type of treatment is anti-depressant medication which is strongly “serotonergic”. The dose may need to be in the high range and taken daily for at least 12 weeks to determine it’s effectiveness. The medication may provide either a total cure or no benefit at all. If the drug is effective then a person will need to remain on it for at least a year, often longer as discontinuing the medication may lead to high rate of relapse. It is not known how the medication “works” but it may do so in the absence of depression. Such a drug may be used either alone or in combination with cognitive behaviour therapy.
Medication may have side effects but for most people these are minor irritations that usually decrease after a few weeks. Alternatively the dose may be adjusted or an alternative drug may be prescribed. The drugs are not addictive but you should stop them only under medical advice. Medication is especially helpful when you are depressed as it may help in improving your motivation to take advantage of the CBT. The risk of relapse can probably be minimised by combining the medication with CBT.

If you feel that you, a friend or relative would like help for Body Dysmorphic disorder, you might wish to discuss this with your GP, who can make a referral. In England you may be able to refer yourself to a local “Increasing Access to Psychological Therapies” (IAPT) centre.

If you are feeling misunderstood and hare having difficulty getting a referral to a specialist centre, you may find it helpful to arm your self with a copy of the NICE guidelines on BDD and to talk to an advocacy worker at OCD Action .

There are very few BDD support groups in the UK. One of them meets at The Priory Hospital North London on the third Sunday of every month, between 4-6pm. Contact details from BDD Foundation or OCD Action (see above). There is no charge.

http://www.thebddfoundation.com The BDD Foundation is a fledgling organisation in the UK that aims to become a charity and forum for people with BDD and their carers.  There are useful web links and stories about BDD. Please join and support the charity in whatever way you can as it desperately needs funding.

http://www.ocdaction.org.uk OCD Action is national charity in the UK for people with Obsessive Compulsive and related disorders such as BDD.  Its main focus is on OCD but there is an excellent Advocacy service that can be accessed by people with BDD and their carers.

http://www.ocdaction.org.uk/support-info/getting-support/advocacy/  has a list of examples of letters to obtain support to obtain a referral to a specialist service.

http://www.bddhelp.co.uk  BDD Help is a website set up by an individual who has recovered from BDD. It has useful information and resources on BDD.

http://www.bddcentral.com  BDD Central is an international website and primarily a forum for BDD. There are sponsored advertisements and links to therapists and research programs around the world.

The NICE treatment guidelines on BDD can be downloaded from here http://guidance.nice.org.uk/CG31/

Our specialist clinics for BDD are at the Maudlsey http://www.national.slam.nhs.uk/cadat for out -patients and a residential unit 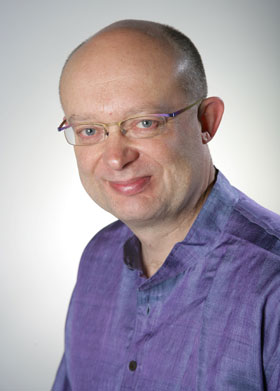