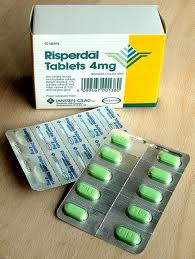 Risperidone and CBT for OCD

An important paper was published by Blair Simpson et al (2013) in the USA .

The paper describes a controlled trial in which 100 people with OCD who had received a SSRI medication for at least 3 months and had moderate OCD symptoms were randomized to receive either (A) risperidone (an anti-psychotic) or (B) Pill placebo or (C) Cognitive behaviour therapy over 17 sessions. At the end of 8 weeks, the CBT was significantly superior to either risperidone or placebo. There was no difference between those who received risperidone or placebo.

In the UK, the NICE guidelines (2005) recommend that CBT is used as the treatment for people with OCD for mild to moderate OCD. A SSRI is recommended if a person does not want CBT or something to be added to CBT if a person is not making sufficient progress. Other options include more intensive CBT. Drugs like risperidone are not recommended unless a person with OCD is severe and has failed at least 2 trials of SSRIs and of CBT.

Anti-psychotics were recommended by NICE guidelines for OCD because when you combine all the trials of anti-psychotics, there is on average some minor benefit in OCD. We found in our study that risperidone and aripiprazole in a  low dose over 4 weeks have the better evidence.

It’s worth mentioning a recent paper by Diniz et al (2011) who reported another trial in which they randomly allocated OCD patients who failed to respond to a SSRI (fluoxetine) by adding either clomipramine (an older drug used in OCD) or quietapine (an anti-psychotic like risperidone). Those who received clomipramine with to fluoxetine did better than those who received quietapine. Others have reported using high doses of a SSRI (e.g fluoxetine 80mg -120 mg; sertraline up to 350mg) to be helpful in people with OCD who were resistant to lower doses. However this will require monitoring with an ECG.

At present the Highly Specialised Service for severe treatment refractory OCD requires a person to be in the severe range of symptoms and have failed at least two sets of CBT, two trials of SSRIs or clomipramine and one trial of “augmentation” of a SSRI. Augmentation could be (1) an anti-psychotic (like risperidone), which as I have described above (2) combining SSRI with clomipramine or (3) high dose of the SSRI.