Does size matter? This is an age old question that has previously been answered by surveys. It has not been tested experimentally until now. Researchers at the Institute of Psychiatry, Psychology and Neurosciences of King’s College London recruited 12 sexually active couples to participate in a study, published in BJU International.

“We have demonstrated a proof of concept for investigating whether the depth of penetration is important to sexual pleasure. This is particularly relevant to men who experience penile shortening, because of various conditions such as Peyronie’s disease or surgical procedures. We need to establish effective interventions so that these men do not seek non-evidence based solutions like pills and lotions. Our results should not be misinterpreted as meaning that increasing penile length in a normal man will increase sexual pleasure in women. That would be a completely different study.”

Why did we do this study?

Men may worry or be ashamed about the length or girth of their penis. Surveys have found that many men desire a larger penis. Therefore, men with small penis anxiety seek help from non-evidenced based penis enlargement “solutions” such as, lotions, pills, exercises, or penile extenders. Others see private urologists or plastic surgeons, who offer hyaluronic acid or fat injections to increase the girth or suspensory ligament release for an illusory increase in the length of the penis. Cosmetic phalloplasty to enlarge the penis is regarded as experimental without any adequate outcome measures or evidence of safety. It was of interest to know whether reducing the length of the penis matters to female sexual partners as much as it does to men.

You can read the full article here.

Rings used at the base of the penis 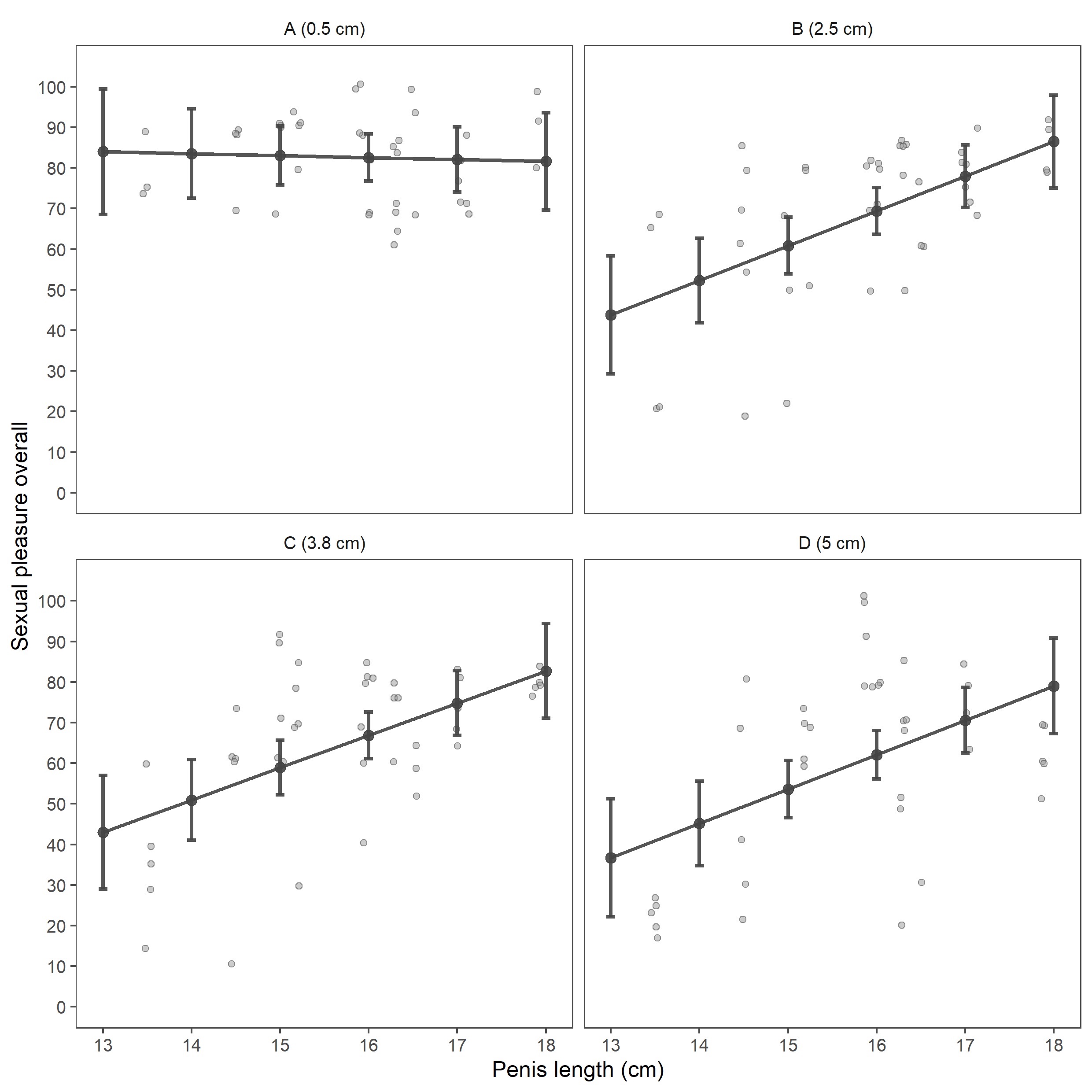